"Coach Robin: The team capitalized on their final season together with a bronze medal finish at Provincials. They fought hard all weekend and finished round robin play at 2-2. From there they pushed themselves Saturday with the help of surrogate coaches Nicole Ratel and Rocky Myre to win their first two playoff games, beating Surrey Storm (12-9) and then a mercy rule win over South Delta Invaders 04 (10-0).

The team had strong bats all weekend long and some of the best pitching of the weekend! A few defensive laps lead to unfortunate losses against Rage 03 and Fury 04 who went on to win Gold and Silver respectfully.

The team had a great season with a Gold medal finish at the Richmond U19 Cat Wheatley Tournament, Gold medal at District 7 Playdowns and a Bronze medal at Provincials. The Coaches would like to wish their players all the best as they move forward in life. You were: Unstoppable Together! Congratulations on a great season Ladies!"

CMSA would like to thank Coach Robin and her coaching staff for their time and work with this 03B team over the years, and wish the players all the best in their future endeavors, personally and athletically. 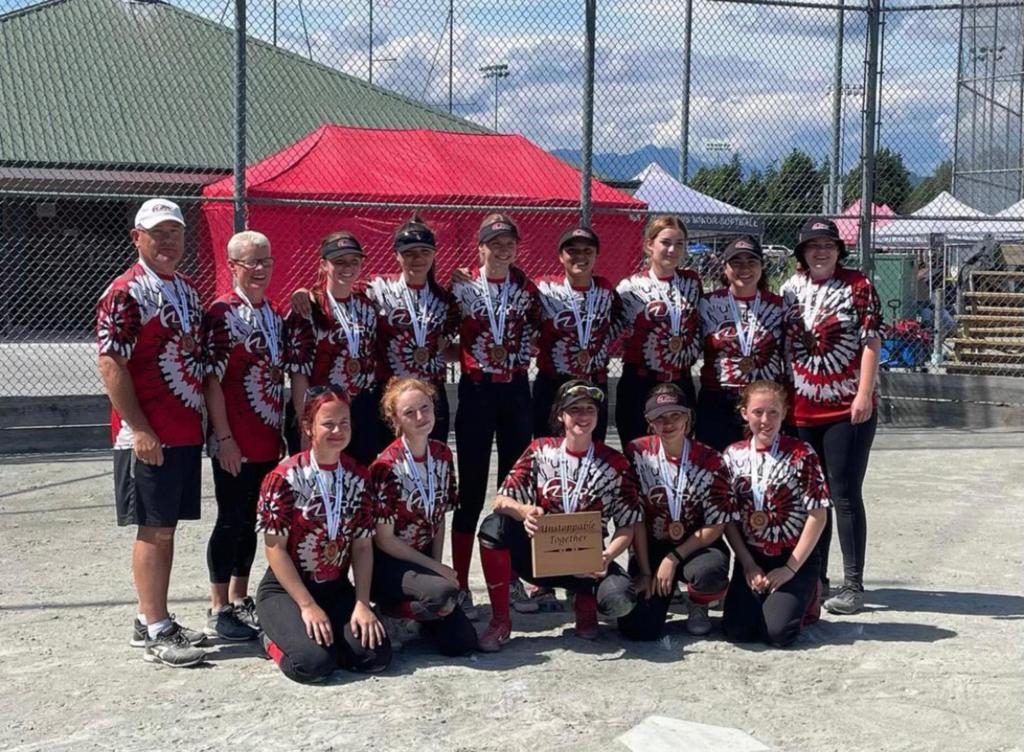