This past weekend the team participated in the annual memorial tournament hosted by Richmond in tribute to Cat Wheatley.

Cat Wheatley was a long time Islanders player and coach, who passed away in April 2016 from injuries sustained in a car accident. She was just 22 and was volunteering as an assistant coach at the time.

The team played a great weekend of softball, posting 2 mercy rule wins in round robin play, and earning a bye in the first round of the playoffs for finishing 2nd in RR play.

Their first playoff game was a nail biter, winning it by one run 8-7 vs. Invaders 03, which earned them a spot in the gold medal game. In the finals, the team bats were red hot racking up 19 hits on their way to a 14-1 win over the Langford Lightning U19 team earning them the gold medal!!

Coach Robin quote: "The teamwork, cohesion and poise demonstrated by the players resulted in a great team victory"

Congrats to the players and coaches on a very competitively played tourney weekend and bringing home the Gold hardware! 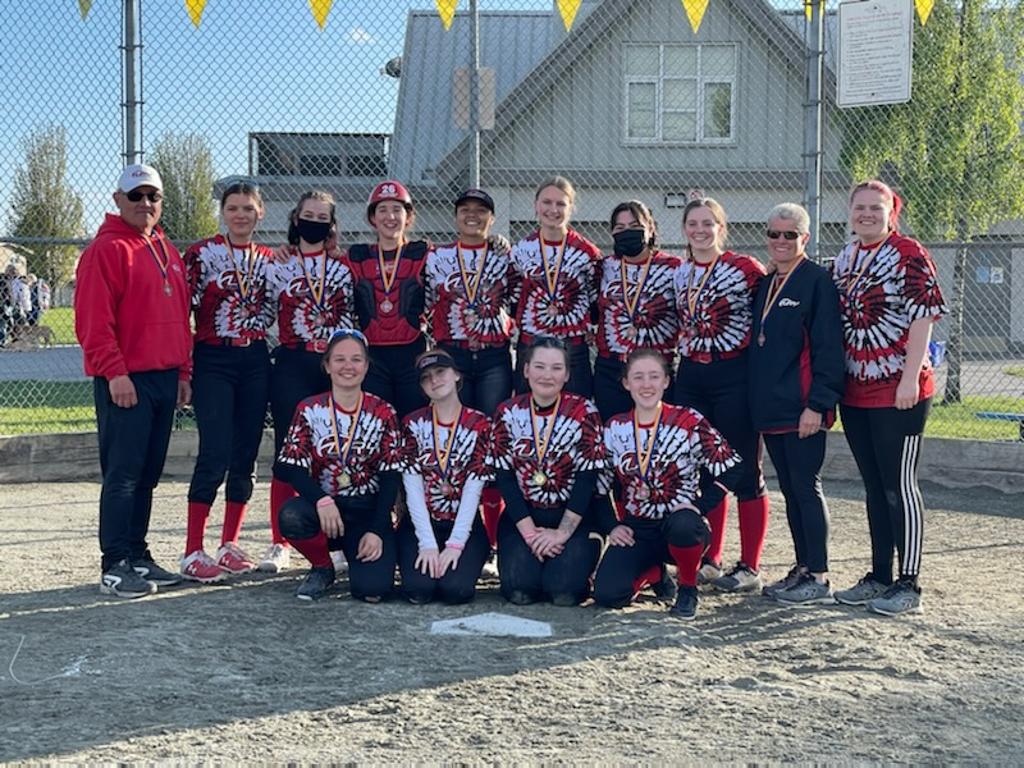