Fury 02B brings home gold in Kelowna this past weekend!

After a great tourney the previous weekend in Richmond losing out in the final inning of the gold medal game to earn silver, the team went up to Kelowna this past weekend to compete in very hot weather conditions for the second time in a week.

The girls had a even better tourney, going 4-0 in round robin play, placing 2nd out of 12 teams for the playoff round. Unfortunately their first playoff game ending up being against our own Fury 04, which they won. From there they had a strong win vs. Invaders 03B in the semi-final, advancing them to the gold medal game vs. top seed host team Kelowna U19B. It was a very competitive game, and Fury 02 came out with a 8-5 victory to win gold.

Way to go and congrats players and coaches on another great tourney going undefeated for the weekend including playing 3 games back to back on Sunday in very hot playing conditions again, and for bringing home the gold hardware this time!

Also congrats to Fury 04 for another good tourney showing, making the playoff round again after their bronze medal showing from the Richmond tourney the previous weekend. 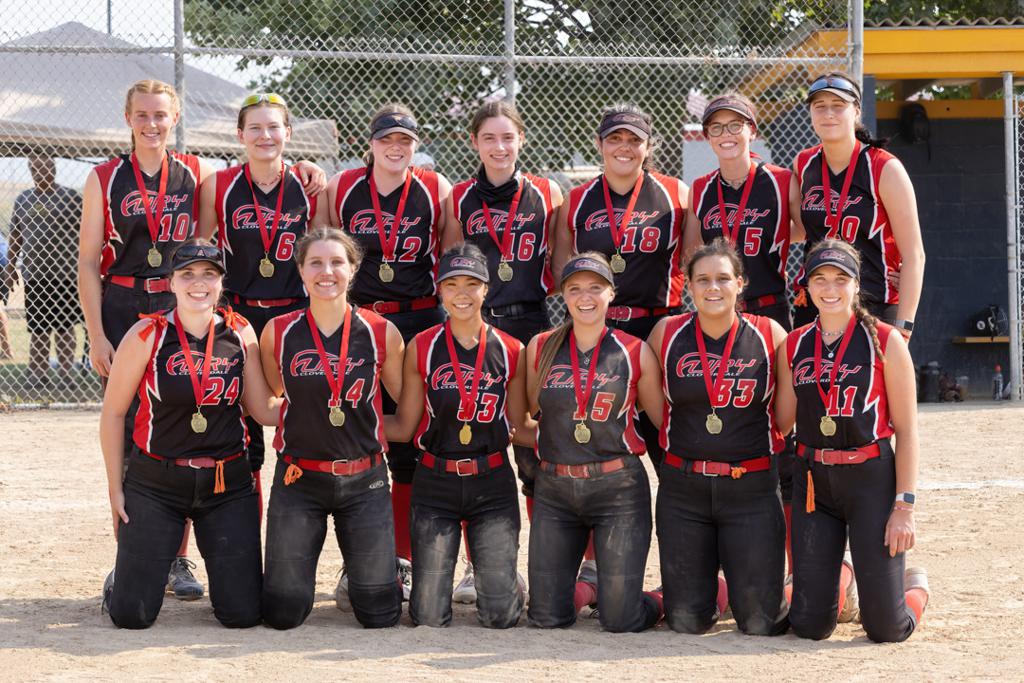